Elastomers Australia’s Mackay-based Production Supervisor Baeden
Bozier loves rugby. And he doesn’t mind if it’s on grass or on the beach.

The stakeholder group highlighted Elastomers Australia was regularly used as an example to other contractors as the benchmark in continual safe service delivery and other after service support.

We believe that this is a testament that safety is the highest priority at Elastomers Australia.

Like our customers, Elastomers Australia knows that safety is a process of continual improvement and together with our partners, we will continually strive to identify ways to further reduce risk so that our people, and those that have potential to be impacted by what we do, can return home at the end of their shifts in the same state of health as they began. So when Beach 5s – a popular European-originated version of the game that blends modified union, league and touch rules – arrived on Australian beaches two years ago, Baeden and some mates decided to pull a team together to represent Mackay in the recent Townsville Beach 5s Rugby Festival.

Beach 5s is a sand-based competition that focuses on fast handling and plenty of stamina, with no scrums, lineouts or conversions to slow the game down.

Its popularity in countries such as Portugal, Spain and France were the catalyst for the formation of an Australian competition and former state and Australian players of both codes, including Lote Tuqiri, Willie Mason and Owen Craigie, have given it the tick of approval.

Baeden says the team had some misconceptions before playing the game, but once on the sand they realised just how fit you need to be to play.

“Knees, ankles and rib cages all got a workout with the opposing team throwing knocks into you,” Baeden says.

“Dropped balls and slipping over were very common, and keeping balance was very hard.”

The competition saw teams playing four games to qualify for finals, and although the Mackay team did not get a finals berth, Baeden says by the fourth game the team members were well and truly ready to hang up their jerseys and call it a day.

Despite the game being mentally and physically challenging, Baeden says sticking together as a team, giving it your best shot and having some fun were always the focus.

“We love the beach, we love the sun and we love our footy and this is pretty much all of these things intertwined,” he says.

Baeden says the boys will keep up their training, with hopes of making it down to the Sunshine Coast at Mooloolaba Beach in February to compete again.

Outside of his love for sport, Baeden is also a full-time dad and ensures production runs smoothly in Mackay to keep quality high and ensure Elastomers Australia customers remain happy. 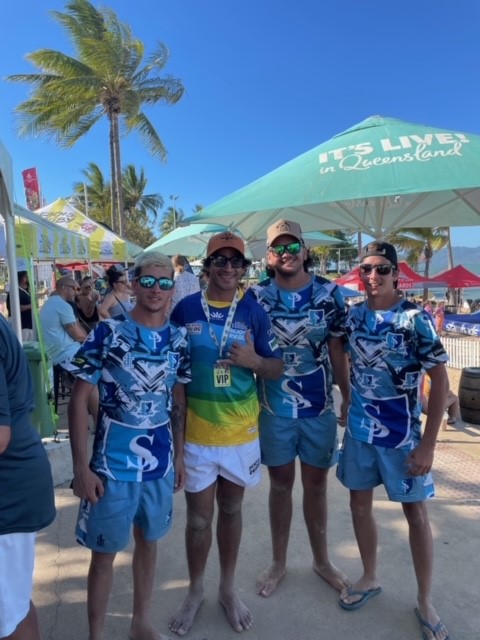 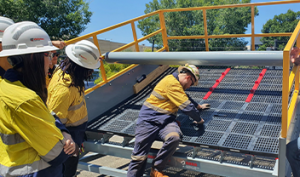 TRAINING SCREENS HELP STAFF GET WITH THE PROGRAM 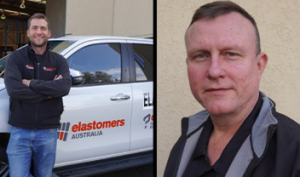 Time on the tools and in the industry, coupled with a strong focus on building and maintaining relationships, is a tried and true formula that Elastomers Australia gold sector specialists Darren Bright and Mark Sutton have every intention of continuing. 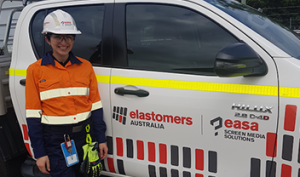