When Gus Woodgate commenced working with Elastomers Australia more than 45 years ago, he knew very little about screen media. Today, he’s practically the godfather of screen media technology in Australia.

In 1975, with a degree in Engineering, Pattern Making and Drafting from RMIT and a few years of experience under his belt, Gus Woodgate commenced in the machining section at Elastomers Australia.

Based at one of the facilities in Melbourne’s Airport West headquarters that is still used today, Gus was responsible for building the tooling used to manufacture a broad range of urethane products.

Over the next 10 years, the business would grow to become one of Australia’s leading plastics manufacturers, making thousands of components ranging from wheels and rollers to parts for drill rigs.

But in the early 1980s, Elastomers Australia employed Leith Murphy, a screen media specialist who had been educated in Germany and had an understanding of polyurethane injection moulding.

The business owners had asked Gus to investigate other manufacturing options with a view to moving into the mining sector. Screen media presented a viable opportunity.

“At that time a lot of screens were wedgewire and urethane products were just starting to emerge from European manufacturers,” Gus said.

“Wire screen panels were welded together, which means there are heat affected areas and when they vibrate they can crack.

“Urethane screens would last three or four times longer than wire so there was growing interest, but panels made for European mineral processing were not suited to Australian conditions.

“Leith took the prototype panel to a couple of coal mines in New South Wales in the early 1980s and got a bit of interest, so that’s where it all began.”

Although Leith left Elastomers Australia in 1986, for Gus the screen media journey was still in its infancy.

He spent a lot of time visiting mine sites, observing the challenges being faced and honing designs to screen media panels as well as developing a range of mounting systems.

“I watched two guys take two hours to undo two bolts and came away from that with the idea that we should build more modular systems,” Gus said.

“So I designed the Elasto-Lok fixing system, then we really started to gain momentum.

“We were fitting Elasto-Lok systems alongside competitors’ screen media and sites were doing comparisons that showed we performed favourably in every case.”

The system proved so popular that other manufacturers started to use it as the basis for their own designs.

Another innovation that came about by observing products, processes and procedures onsite was to reduce the size of screen media panels from the standard 4×2 configuration. Not only were the smaller sized panels easier to fit in confined spaces but they improved efficiencies with less waste if a single panel required replacement.

The company manufactured one of its first rubber screen media products for the Oktedi copper-gold mine in Papua New Guinea. Rubber was then investigated and introduced as part of the product range primarily for hard rock and iron ore processing.

Gus says the visits to site were a vital part of learning and enhancing Elastomers Australia’s screen media solutions over time.

“You can’t build a screen panel in one material and expect it to perform across multiple applications,” he said.

“Then you can tailor solutions to a particular problem.”

According to Gus, the continual tailoring and optimising is one of the reasons Elastomers Australia has never moved to fully automated processes in some areas of the business.

“The further you get into the story, the more it can change,” he said.

“We started producing a single type of screen in a certain aperture, then turned to adjusting apertures, then developed systems to make the whole process of replacing screen media easier, then modified screens to be more in sync with the specific tasks they had to do.

“You learn and gather information as you go and there are plenty of things we’ve learnt along the way by compiling all the information. The end point has sometimes been a long way from where we might have started.

“Initially we looked for performance feedback from clients but because a lot of onsite workers had other jobs to do, monitoring screen media was not their priority so it was sometimes hard to get useful data.

“That’s why we realised we needed our own people and specialist technicians on site to help with research, analysis and optimization, and since we started collecting data 30-plus years ago, the service and solutions side of the business has grown steadily.

“We’ve become an essential part of running the plant.”

Gus says Elastomers Australia continues to learn and optimise products and services as the mining industry evolves. A big part of that is educating the market.

“We have to encourage some in the mining industry to change the way they operate,” he said.

“It’s about producing the best outcome for the client. If you’re going to make something, make it properly, make it deliver the outcome clients need.

“We’ll continue to focus on productivity, efficiency and safety and keep optimising products and services accordingly.” 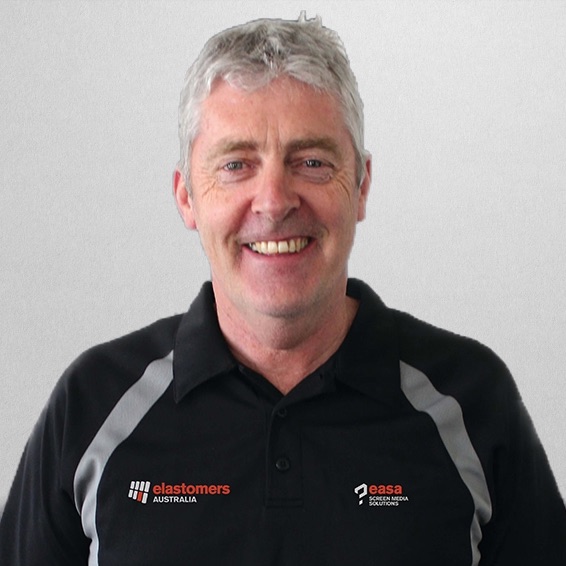 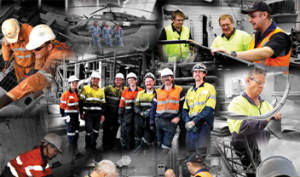 The COVID-19 crisis has highlighted just how important supplier relationships and backup contingencies can be in business. 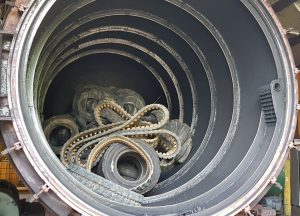 A new partnership between Elastomers Australia and Novum Energy Australia is set to help miners offset their carbon footprints through an innovative process to recycle used rubber products. 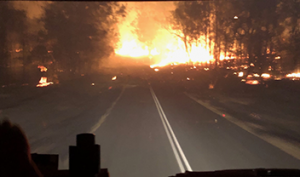 Waiting at an isolated property knowing the fire front is closing in fast is a daunting experience.